Contact us
Product types View All
Browse by feature

Who we work with View All

Already a Stephenson Distributor? Sign up or Login to our Marketing Hub 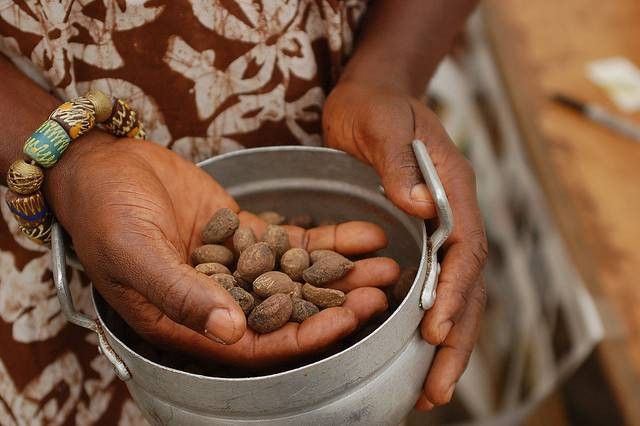 Native to Africa, research suggests that the nut from the shea tree (scientific name: vitellaria paradoxa) has been used in African households for nearly 2000 years (University of Oregon, 2016). The shea tree typically grows between 15-20 meters high and only begins to bear fruit after 15 years. The expected yield per tree is around 30kg of fruit annually. Due to agricultural reasons, the tree can only grow on the Savannah Belt, a narrow stretch of land across Africa from Mali in the west, to Ethiopia in the east.

How is Shea Butter Made?

Shea butter is created from shea nuts which are found within the fruits that grow on the trees. These nuts are, more often than not, processed locally to create Shea butter that is then distributed and exported globally.

Once the fruits are ripe, the tree is harvested and the kernels are extracted. The kernels, which contains the seeds and oil are boiled in water and then left to dry completely. Once dry, the nuts are ready to crack. The cracked nuts are roasted and ground into a fine flour-like powder. Water is added and the solution is mixed by hand over heat until it reaches a thick, smooth consistency and changes colour. This is when the oil starts separating from the water, rising to the surface of the mixture. This oil is then separated, collected into pots and left to set until it forms solid, raw shea butter. 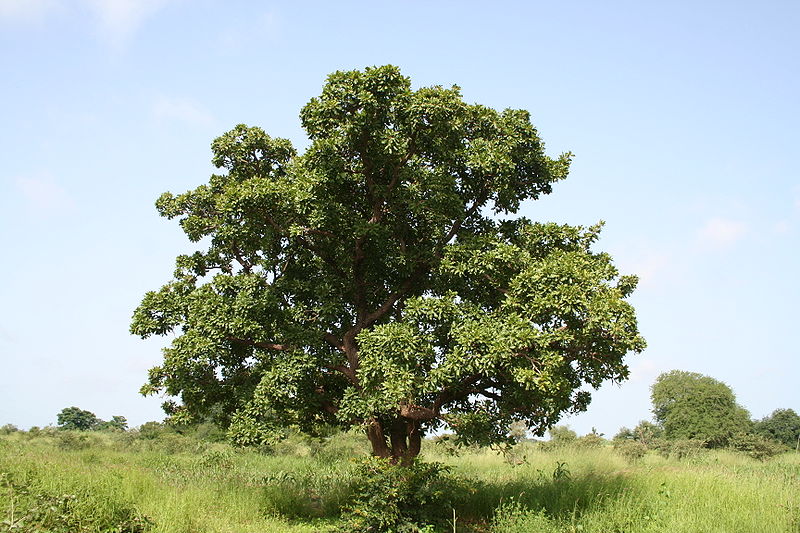 What is Shea Butter?

Shea butter is a complex and unique natural substance. Scientists have worked on breaking the ingredient down to reveal the nutritional qualities and have found it to be high in Potassium and Magnesium and a good source of protein.

Chemically, shea butter is made up of essential fatty acid triglycerides, including stearic, linoleic, palmatic and oleic acids. It also contains unsaponifiables such as sterols and phenols, which are non-reactive in the soap making process. This is what gives shea butter soap products the characteristic moisturising and conditioning properties. 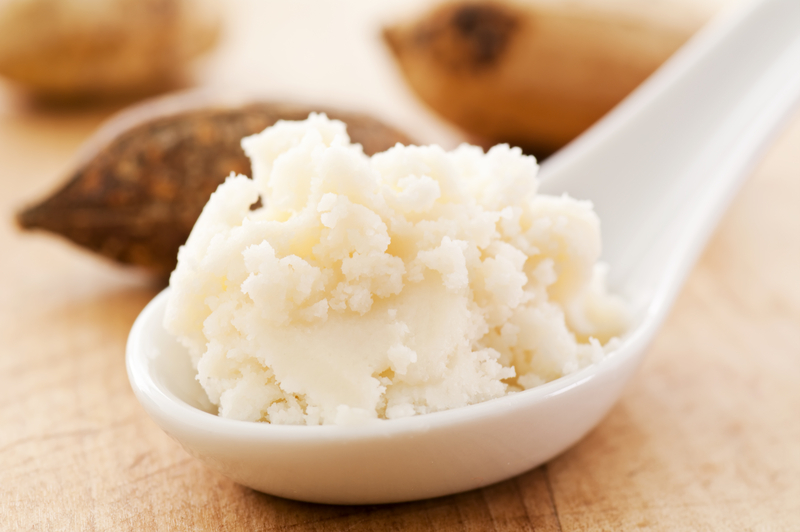 Shea butter has been used in Africa as a source of food for nearly 2000 years. It is also a traditional medicine and cosmetic, used to protect skin from harsh sunlight as well as a hair conditioning aid. Cosmetic chemists have used shea butter for around 30 years mainly as a simple, natural emollient (CECI, 1999). However, it is only through more recent research that the true benefits of shea butter are being recognised.

"Shea butter has been used in Africa as a source of food for nearly 2000 years. However, it is only through more recent research that the true benefits of shea butter are being recognised."

Traditionally, shea butter has been used to treat rheumatism, which implies that it possesses anti-inflammatory properties (CECI, 1999). Recent research has investigated further into these claims and has substantiated this. There are unusually high levels of triterpenes found in shea butter, which are known anti-inflammatory agents.

According to Linnemann (2014), shea butter contains tocopherol and polyphenol which are known antioxidants. This makes the ingredient ideal for use in cosmetic applications. Antioxidants protect the skin by limiting the number of free radicals your skin produces, preventing damage to skin cells. Over time, this can contribute to smoother, healthier and younger looking skin.

As a daily moisturiser, shea butter will keep skin from getting dried out. Lab testing has demonstrated there is a significant difference between skin-feel that has been moisturised with shea butter compared to a shea-free alternative (Linnemann 2014). Traditionally this butter has been used to create a sun blocking, protective barrier from the harsh African weather.

Among other health benefits, shea butter has also been noted to be an effective relief of dry and cracked skin, sunburn, blemishes, stretchmarks and dermatitis (Shea Institute, 2016).

The future of Shea Butter and the Cosmetic Industry

Shea Butter is a rising star in the personal care industry, with entire product ranges making use of the ingredient (for example Palmers Shea Formula). Given the current cosmetic landscape, it is hardly surprising that shea butter is becoming a coveted ingredient in cosmetics.

Consumer trends in this industry have seen huge changes in the last three years. According to Mintel (2016), over 60% of new products in the personal care sector are driven by botanical or herbal trends at the moment. In addition to this 42% look for natural ingredients, with an increasing link between nutrition, food and skincare.

We love to use shea as an ingredient, and we have worked with Afrikids to ensure that we are using sustainable practices in sourcing our Shea butter, as well as leaving a positive impact on communities in Africa where this wonderful tree thrives. 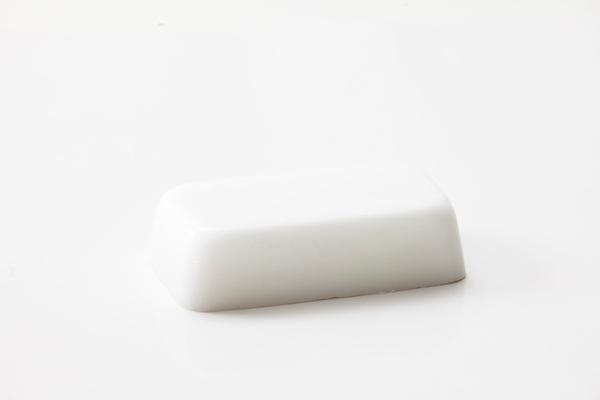 Contact us at Stephenson to enquire about these great melt and pour bases for your next soap project. 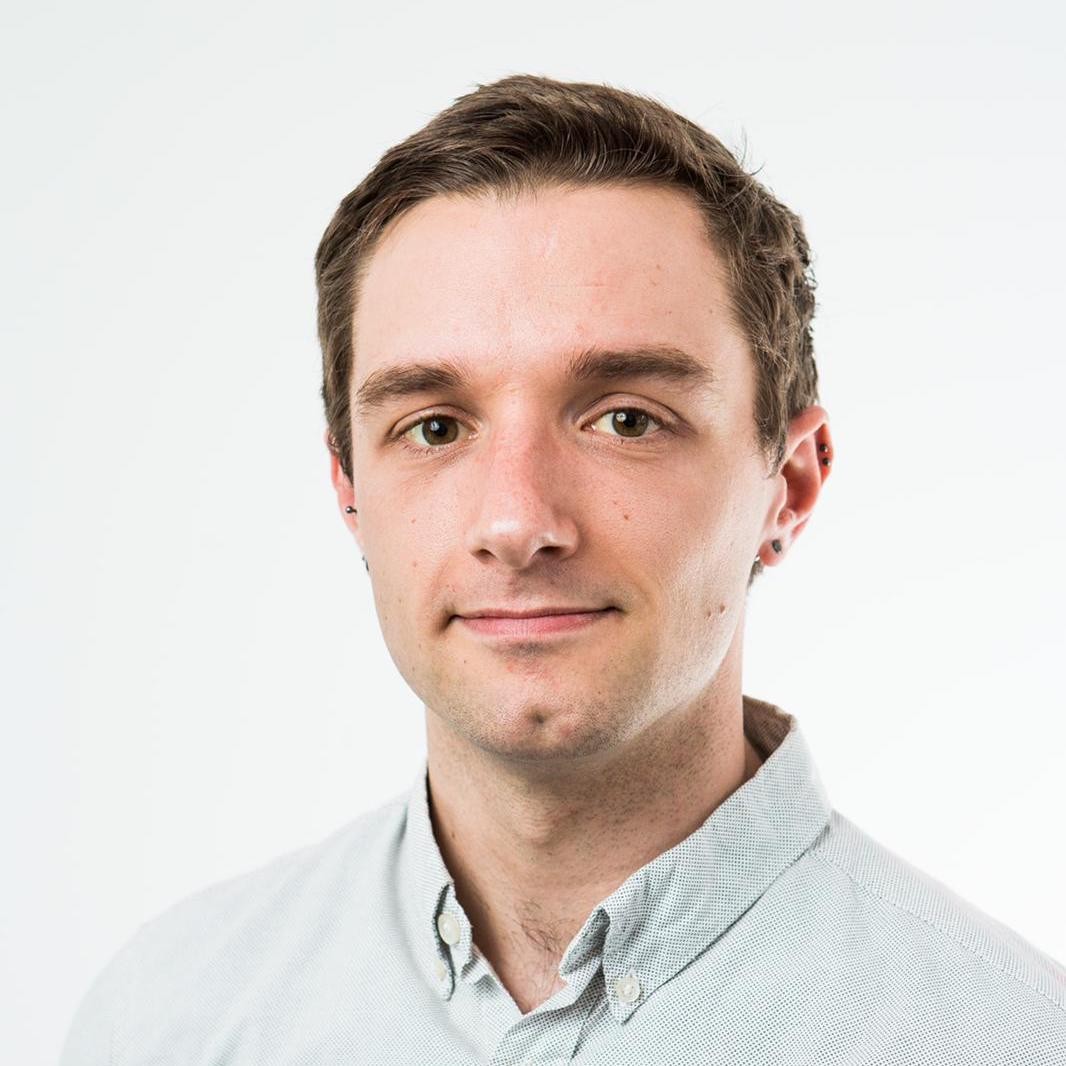 Tim uses data and trends from the likes of market-leading brands, manufacturers and research companies to understand where customers should focus on future new product development.